The Otsego Faculty Council began as the Otsego Institute Board in 1997, when the first Otsego Institute symposium was held. The name was changed in 2014 to reflect the more academic nature of council members’ involvement with the Institute. Council members are responsible for the overall direction of the Institute and conduct their meetings annually, in odd years at the biennial Otsego workshop and at various locations during the even-numbered years. Specific responsibilities of Council members include: identifying the theme of each symposium or workshop; identifying visiting scholars for the symposia and workshops; selecting participants; planning the symposium or workshop agenda; contributing to the Institute website; and reviewing contributions to the Alumni Review. Council members are leading scholars in the field of Native American art. In 2013, it was decided to include more junior scholars, particularly Indigenous ones, to involve them in the Institute as their careers develop. Currently, the sitting Council decides on new members. 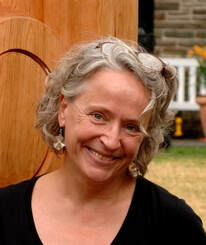 Eva has been curator and collections manager of the Eugene and Clare Thaw Collection of American Indian Art at the Fenimore Art Museum since 2002. She curates the museum's changing exhibitions drawn from the Thaw Collection and creates museum education programs for schools K-12 as well as for the general public. Eva also teaches classes in Native American art, Material Culture and Collections Management at the Cooperstown Graduate Center and she is the onsite coordinator for the Otsego Institute.

Farrell Racette (Algonquin/Metis/Irish) was born in Manitoba and is a member of Timiskaming First Nation in Quebec (unceded Algonquin territory). She has done extensive work in archives and museum collections with an emphasis on retrieving women’s voices and recovering aesthetic knowledge. Her principle areas of interest are Métis visual culture, Indigenous photography and traditional media in contemporary Indigenous art. Farrell Racette is also a curator, painter and textile artist. She has illustrated eight children's books, collaborating with some of Canada's most noted Indigenous authors. Beadwork is increasingly important to her artistic practice, creative research and pedagogy. 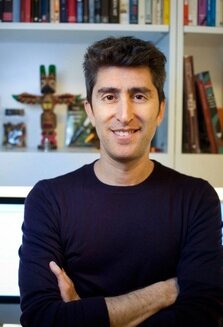 Glass specializes in First Nations art, material culture, media, and performance on the Northwest Coast, as well as the history of anthropology and museums. Themes recurring in his work include colonialism and Indigenous modernities, cultural brokerage and translation, the politics of intercultural exchange and display, discourses of tradition and heritage management, and cultural and intellectual property. Doctoral research, along with a companion film “In Search of the Hamat’sa” (2004), examined the ethnographic mediation and cultural history of the Kwakwaka’wakw “Cannibal Dance.” Glass recently worked with the U’mista Cultural Centre to document the large Kwakwaka’wakw collection at the Ethnological Museum Berlin in an innovative digital database, and to restore and present Edward Curtis’s 1914 silent feature film, “In the Land of the Head Hunters.” He is currently collaborating on an NEH-funded project to produce a critical, annotated edition—in both print and digital media—of Franz Boas’s seminal "1897 monograph" on Kwakwaka’wakw social and ceremonial organization.

Selected Publications:
2015. “Indigenous Ontologies, Digital Futures: Plural Provenances and the
Kwakwaka’wakw collection in Berlin and Beyond.” In Museum as
Process: Translating Local and Global Knowledges, edited by
Raymond Silverman, 19-44. London: Routledge.
2014.   Return to the Land of the Head Hunters: Edward S. Curtis, the
Kwakwaka’wakw, and the Making of Modern Cinema (co-edited
with Brad Evans). Seattle: University of Washington Press.
2010.   The Totem Pole: An Intercultural History (co-authored with Aldona
Jonaitis). Seattle: University of Washington Press.
2008.  “Crests on Cotton: ‘Souvenir’ T-shirts and the Materiality of Remembrance
among the Kwakwaka’wakw of British Columbia.” Museum Anthropology
31(1): 1-18.
2006.  “From Cultural Salvage to Brokerage: The Mythologization of Mungo
Martin and the Emergence of Northwest Coast Art.” Museum
Anthropology 29(1): 20-43. 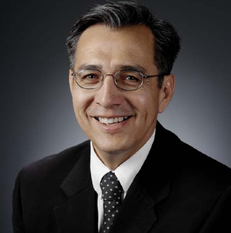 Emil Her Many Horses is an Associate Curator in the office of Museum Scholarship at the National Museum of the American Indian, Smithsonian Institution. Emil specializes in the central Plains cultures. 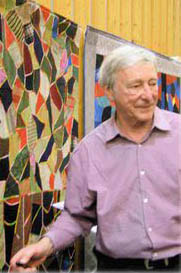 Holstein is an independent curator of museum exhibitions, art dealer and advisor to institutions and collectors in Native American and American folk art. He writes and lectures in the areas in which he has expertise. Jonathan Holstein began to collect Native American art in the late 1960s, when he was photographing art and artists for publications. At the same time he and his wife Gail van der Hoof, interested in their graphic qualities, began to collect and study American pieced quilts. In 1971 they curated the exhibition Abstract Design in American Quilts at the Whitney Museum of American Art in New York which presented them as aesthetic objects and a significant body of American art. In following years they curated scores of similar exhibitions and lectured on the subject in other art museums across the United States and abroad. His first exhibition catalogs on quilts were contemporaneous with those exhibitions, and his first book on the subject, The Pieced Quilt: An American Design Tradition,was published in 1973.  Another, Abstract Design in American Quilts:  A Biography of an Exhibition (1991), an account of their work exhibiting quilts around the world, was published on the 20th anniversary of the original Whitney exhibition, when it was recreated in Louisville, Kentucky. In the 1970s he began to deal in Native American art, and in the coming decades helped build many significant public and private collections.  He continues to curate exhibitions and write and lecture about both quilts and Native American art.  Concurrently, he has acted for four decades as a consultant on Native American art to collectors and museums, including the Thaw Collection at NYSHA. While he is a generalist in such art, he is particularly interested in the art of the Eastern Woodlands and the Southwest. 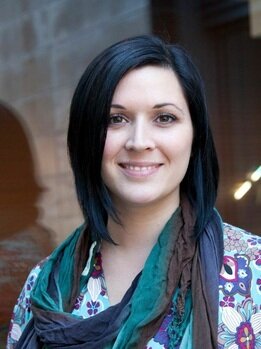 Heather Igloliorte, an Inuk scholar and curator from Nunatsiavut currently residing in Montreal, Quebec, has published extensively on Inuit and other Indigenous arts in academic journals such as PUBLIC, Art Link, TOPIA, Art Journal, and RACAR and in texts such as Negotiations in a Vacant Lot: Studying the Visual in Canada (2014), Curating Difficult Knowledge (2011), and the forthcoming Mapping Modernisms: Indigenous and Colonial Networks of Artistic Exchange and the Dialectics of Discourse (2018). She is the recipient of the CAA 2017 Art Journal Article of the Year Award for her essay, “Curating Inuit Qaujimajatuqangit: Inuit Knowledge in the Qallunaat Art Museum” and her nationally-touring exhibition SakKijâjuk: Art and Craft from Nunatsiavut (2016-2020) received a 2017 Outstanding Achievement Award from the Canadian Museums Association. Her current curatorial projects include the contemporary circumpolar art exhibition Among All These Tundras (2018); the retrospective Alootook Ipellie: Walking Both Sides of an Invisible Border (2018); and the inaugural exhibitions of the Winnipeg Art Gallery’s Inuit Art Centre, opening 2020. In addition to her position on the Faculty Council of the Otsego Institute, Heather is also the co-Chair of the WAG's Indigenous Advisory Circle, and sits on the Indigenous advisory committees of the Social Sciences and Humanities Research Council of Canada, the Federation for the Humanities and Social Sciences, and the National Film Board of Canada. Heather also serves and on the Board of Directors of the Inuit Art Foundation, Native American Art Studies Association, and the Nunavut Film Development Corporation. ​​

Selected Exhibitions:
Co-curator, with Charissa von Harringa and Amy Prouty, Among All These
Tundras, Leonard & Bina Ellen Art Gallery, Montreal, QC (2018)
Co-curator, with Sandra Dyck and Christine Lalonde, Alootook Ipellie:
Walking Both Sides of an Invisible Border, Carleton University Art
Gallery, Ottawa, Ontario (2018, touring - 2020) (http://cuag.ca)
Curator, SakKijâjuk: Art and Craft from Nunatsiavut, The Rooms Provincial
Art Gallery, St. John’s, NL (opened October 7, 2016); Art Gallery of Nova
Scotia (2017); Winnipeg Art Gallery, Winnipeg MB (2018); Mackenzie Art
Gallery, Regina AB (2019)
Curator, Ilippunga: the Brousseau Inuit Art Collection, Musée national des
beaux-arts du Québec, Quebec City, Québec (permanent exhibition,
opened 2016)
Co-Curator, with Mark Turner and Britt Gallpen, iNuit Blanche circumpolar
night festival, St. John’s NL (2016) ​
​Aldona Jonaitis
Director, University of Alaska Museum of the North
Ph.D., Art History, Columbia University 1977
​
Jonaitis is a specialist in Northwest Coast First Nations art history. In her early work, she analyzed the relationships between art made for social control and that made for use in shamanic rituals among the Tlingit of southeast Alaska. She then worked for many years with the Northwest Coast collection at the American Museum of Natural History, and became interested in Kwak’waka’wakw, George Hunt and Franz Boas. The appropriation of the totem pole by non-Natives, and its use as a stereotype for all American Indians led to a multi year research project with collaborator Aaron Glass. Currently she is writing a book on the Tlingit experience with NAGPRA since the passage of that law in 1990.

Penney is an art historian whose career has focused primarily on curation and museum administration.  Penney’s scholarship tends to focus on the social and historical contexts for Native art production and circulation. He was among the first art historians to explore the archaeologically-recovered histories of the eastern woodlands region, particularly that of the Hopewell traditions. For thirty years, Penney curated Native American art at the Detroit Institute of Arts, with its strong Great Lakes and Plains focus of the Chandler/Pohrt collection.  As a museum administrator, Penney led a significant shift in Detroit’s exhibit strategies to become an exemplar of “visitor centered” museum practice informed by visitor research.  Penney brought these skills to the National Museum of the American Indian in 2011 where he serves as part of the executive leadership. 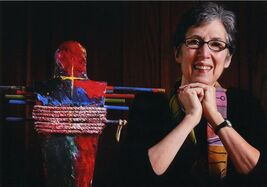 After completing a doctoral research on Mende women’s masquerades from Sierra Leone Ruth Phillips shifted her research interests from African art to Native North American art, specializing in the arts of the Great Lakes region. She began teaching at Carleton University in 1984 and also been serving as an occasional as guest curator. The major controversy that developed around The Spirit Sings(1988), for which she curated the Northern Woodlands section, led to her work in critical museology. Involvement in what was then thought of as the postcolonial critique of the museum led in turn led to her appointment as director of the University of British Columbia Museum of Anthropology from 1997 to 2002. In 2003 Ruth returned to Carleton University as a Canada Research Chair. In collaboration with academic, museum and Indigenous community researchers she established the Great Lakes Research Alliance for the Study of Aboriginal Arts and Cultures (GRASAC), which uses digital technologies to create new access to and knowledge about Great Lakes heritage. Most recently she has been working with a group of international collaborators on the Multiple Modernisms project which brings Indigenous modernisms into comparative perspective. 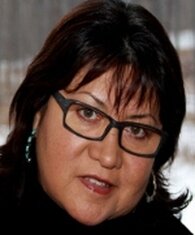 Rickard specializes in contemporary Indigenous art, material culture and digital media as a decolonizing and resurgent strategy across the Americas, Aotearoa/New Zealand, Australia and U.N. affiliated Indigenous nations. She prioritizes Indigenous methodologies of recognition of territory, centering Indigenous knowledge through the lens of sovereignty and ecocriticism. With a focus on Hodinöhsö:ni cosmology and history she is working on the figure of Sky Women as a demonstration of ‘rematriation.’ Based on a Banff Journal Residency, 2017 and a Ford Foundation Research Grant, 2008-11, she is editing a contemporary Indigenous arts journal and co-curated the inaugural exhibition, Our Lives and Our Peoplesfor the Smithsonian’s National Museum of the American Indian, Washington, D.C., 2004.